Democracy of Pakistan (English Essay With Outlines in 1200 Words)

Pakistan is a vibrant and resilient country. Democracy, despite its many flaws, has brought a lot of changes to the society and it is the only option for Pakistan. There are many positive changes being brought by democracy but one of the most significant problems is the lack of political awareness.

Pakistan is one of the largest Muslim countries in the world, but has recently faced serious internal issues and political instability. This essay explores the history of democracy in Pakistan and the challenges it faces. 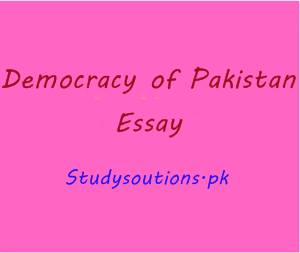 Democracy of Pakistan (English Essay With Outlines in 1200 Words)

Democracy is the political system in which the people have the power to choose their own leaders.

Democracy is a system of government in which the people are sovereign, that is to say they have the power to rule. It is usually assumed that all modern democracies are liberal democracies. This is true in the sense that most democracies claim to be liberal and many are in fact liberal in their practice. However, there are a number of different types of democracy. Some of these are more liberal than others, and some are more authoritarian than others.

There are many pros and cons to democracy. On the positive side, it allows for a high degree of public participation in government, which can lead to better policy decisions. Additionally, democracies often have low levels of corruption, because elected officials are held accountable by their constituents.

However, democracies also have their fair share of problems. For example, they can be more volatile and prone to political instability than other types of governments. And while they may offer citizens a greater level of freedom and civil rights than some other systems, they can also be less efficient in delivering these benefits.

Democracy is a system of government where citizens have the power to make decisions about their own lives. This system is based on the principle that all people have the right to participate in the political process and have their voices heard.

Dictatorship is a system of government in which one person or group has total control over all aspects of society. This system is based on the principle that one person or group can be trusted to protect the interests of the population and make wise decisions for them.

The current form of democracy in Pakistan is a parliamentary democracy. The Parliament is bicameral and consists of the Senate and the National Assembly. The Senate is made up of 100 members, who are elected for six-year terms.

The Prime Minister is the head of government and is appointed by the National Assembly. The Cabinet is the executive branch of the government and is responsible for the day-to-day running of the country. The judiciary is independent and consists of the Supreme Court, High Courts, and District Courts.  The head of the executive branch is the President.

Challenges For Democracy in Pakistan

1. How can the government protect the rights of its citizens and ensure that they are able to express their views freely?

2. How can the government ensure that all eligible citizens can participate in the political process and have their voices heard?

History of Democracy of Pakistan

Pakistan is one of the most diverse countries in the world, with a population that spans all social and economic strata. The country’s complex history has led to a variety of political systems and ideologies. Democracy has been an official policy of the government since 1973, but prior to that, various forms of government had operated in Pakistan. The first democratic system was established during the British Raj, when elected representatives from each province convened a legislative assembly to draft a constitution. However, this assembly was dissolved by the British authorities just four years after its establishment. The second attempt at establishing democracy took place following independence in 1947. However, due to disagreements between Prime Ministers and Presidents, democracy was not fully established until 1973. Since then, successive governments have enacted various constitutional amendments to expand the rights of citizens and form a more democratic system. Pakistan has a long and tumultuous history of democracy. The first democratic elections in the country were held in 1979. However, the country has had a number of periods of military rule, which have been followed by periods of democracy.

Future of Democracy in Pakistan

Pakistani democracy is in a state of flux. The country has been through multiple transitions, including from military dictatorship to parliamentary democracy and then to an elected civilian government in 2008. However, the country faces several challenges that could undermine its future as a democracy.

The most pressing issue facing Pakistani democracy is the lack of trust in institutions. According to a 2018 poll by the Pew Research Center, only 22 percent of Pakistanis say they have a great deal or fair amount of trust in the government to do what is right, down from 53 percent in 2006. This dwindling trust is likely due to years of instability and corruption – both within institutions and among politicians – which has led to disillusionment among citizens. To make matters worse, this lack of faith has created an environment where extremist groups can thrive.

Despite these challenges, Pakistani democracy is still in relatively good shape overall. The current government – which was elected in 2018 after years of political instability and corruption – is considered to be relatively stable, and there have been no major crises or violence linked to the democratic process so far. In addition, the country’s judiciary is considered to be independent and effective, which helps to ensure that the rule of law is upheld.

Key Features of Democracy of Pakistan

1. The Constitution of Pakistan was adopted in 1956.

2. Pakistan is a federal parliamentary republic.

3. The Head of State is the President, who is elected by the Parliament for a five-year term.

4. The Supreme Court is the highest judicial body in Pakistan.

5. There are three branches of government: the executive, the legislative, and the judicial.

Final Thoughts on Democracy in Pakistan

My Aim in Life 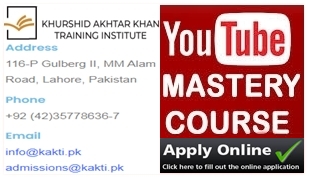