Important Facts & Useful Information About World Map and Atlas
It is very important for students to have good general knowledge about world map. For this purpose you should study the earth map very carefully. Here on this page we shall share some useful information about world map and atlas. These information are for students of all classes. By reading this post you may start taking interest in world geography too. These general knowledge based facts will also help you in job and admission tests of various kinds.

1-Israel is in Middle East and it is the one and only Jewish state of the world.
2-Amazon river is the largest river by volume. It flows through the Peru, Colombia and Brazil.
3-The Pyramid of Khufu is the largest Egyptian pyramid. It is situated at Giza near Cairo. This the only wonder of the ancient world which exist still.
4-Asia is the largest continent of Pakistan by area and population. There are 48 countries in this region.
5-Asia, Africa, North America, South America, Antarctica, Europe and Australia are seven continents of the world. 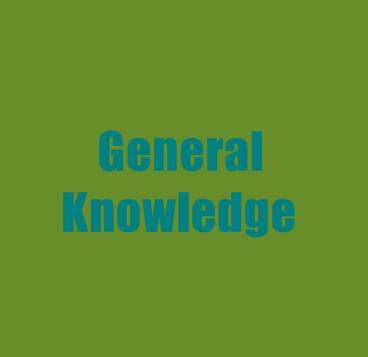 6-Russia is the largest country of the world by area and it is situated both in Asia and Europe. Russia was called USSR before 1991.
7-Bermuda Triangle is situated in North Atlantic ocean and it is also known as devil’s triangle and Hurricane Alley. It is famous for disappearing of ships and planes in mysterious circumstances.
8-There is no country in Antarctica. South pole is also situated in it. Its is also the coldest, driest, and windiest continent of the world. Its area is about 5,500,000 sq mile. About 1200 people live in the research stations of Antarctica.
9-Kazakhstan is a central Asian country which was the part of USSR before 1991. It is the largest Muslim country by area. Nur-Sultan is the capital of this country and it was called Astana before 2019.

Geography of Pakistan – Some Unique Facts

Improve Your General Knowledge About Wonders of the World-GK Statements